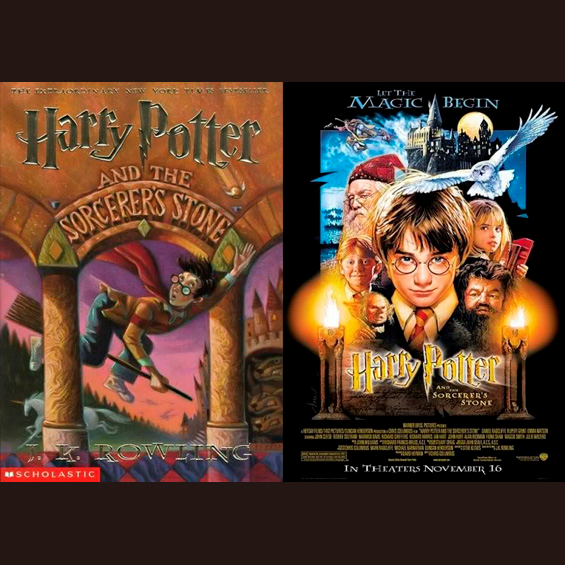 Chocolate Frogs that leap from their package if you dawdle. Bertie Bott’s Every Flavour Beans’ which literally might contain any flavor, from strawberry marmalade to earwax. Fizzing Whizzbees sherbet balls that will make you float a few inches from the ground. Sugar Quills to suck while pretending to be deep in thought during class.

These are only a few of a vast selection of sweets available in the magical world of Harry Potter, by JK Rowling. In her books, we learn about a fictional world so rich and so vast (from history, to spell-work, and politics) it is no wonder she gave so much thought into the food of the Wizarding community.

Readers will note a particular fascination with sweets.
Hagrid’s first gift to Harry is a birthday cake, the same night the plot unveils itself to Harry (and the readers!). The first time Harry meets Ron, on the Hogwarts Express, he notices the food trolley laden with sweets and Ron’s wishful gaze, only to buy a bit of everything to share. In fact, a single Chocolate Frog card is key to the overall plot of The Philosopher’s Stone! And certainly not last nor least, Headmaster
Dumbledore’s password for his office is always some kind of candy (which becomes a recurring joke).
In Harry Potter and the Prisoner of Azkaban, book three, one particular treat makes a special appearance – several times, in fact. As the plot thickens, new creatures named Dementors roam the school, taking with them everyone’s joy and happiness. These dark creatures have a particularly nasty effect on Harry, and the despair he experiences can only be soothed by… you guessed it, chocolate. In fact, Potter-sugar-fever is so high, and cakes, dessert, pastries are mentioned so often in the books, that thousands of new recipes from fans are all over the Internet!

As a hard-core Harry Potter fan, I have always been fascinated by the little details that seep into the story, most unnoticed. I’m not only talking about passing mentions of plot-twisting clues, but small – almost irrelevant – facts that build up the story and solidify it.

How many fantasy authors out there actually take the time to sculpture a world to its finest details, nowadays? As an avid reader, I can assure you there are not that many. And, as the saying goes, the devil is in the details.